The park we’re in today has a good wifi signal so I’m going to get this posted while I can. I can hardly wait for Thursday to get here so I can have some internet again.

Flagstaff - Sure am glad the climb up the mountain out of the Valley of the Sun is over with. We did have one problem. On the way up the mountain the truck went into “limp mode” which means we can only go 30 mph. We had this happen to us before and after long discussions with On-Star, Jim finally talked to a technician who told him how to reset the computer. He had to turn off the truck, take the key out of the ignition, open and shut the driver’s door (seriously), and then wait five minutes. So that’s what we did. The code indicates a problem with the fuel system but Jim thinks that the heat and the hard pull up the mountain was the problem. We’ll find out tomorrow. 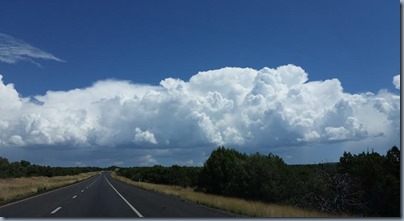 We arrived at Black Bart’s RV Park in Flagstaff (I don’t really like the park but it’s an easy in and out on the way north) just after a big storm went through. The temperatures were in the 60’s and it really felt wonderful. I even wore a jacket when we went to dinner. We slept really good in the cool temps. 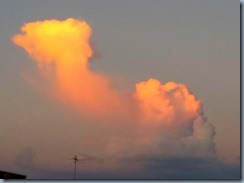 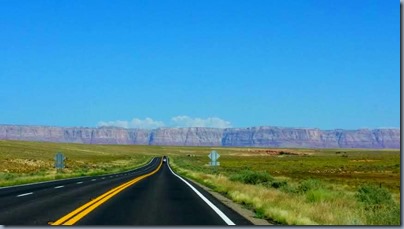 Kanab, UT – No problems with the truck today – I’m so grateful. It was a nice easy drive – some road construction and some rough roads but not a bad day. We’re in the Kanab Corral RV Park. We’ve stayed here before and like the park. Jim must have twisted wrong sometime because his back is really bothering him. Sure hope he feels better tomorrow. 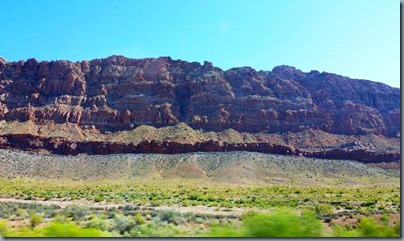 We left the cool temps behind – 99 today in Kanab. But the night cooled down and we have the doors open. It’s wonderful. 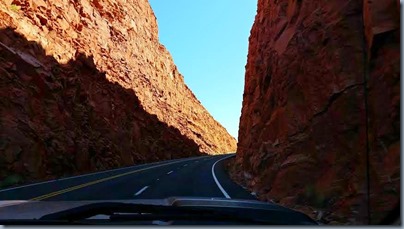 On to Fillmore, UT at the Wagons West RV Park which is a Passport America park with nice long pull thrus. We are watching TV when a trailer pulls in two sites over. Jim says to me – that looks like Larry. Sure enough – Larry from our park in AJ. He usually spends the summers in Kalispell, MT but the smoke from the fires drove him out this year and he was headed down to the rim country in Northern Arizona to spend a month or so before going down into the Valley. Definitely a small world. 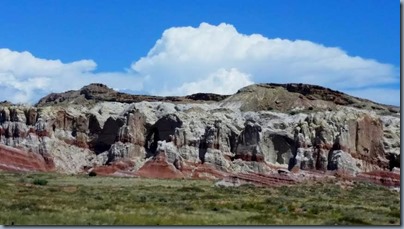 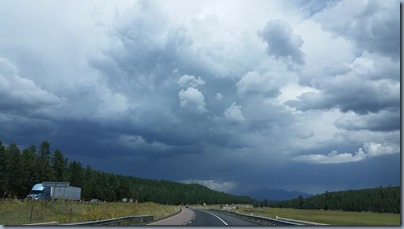