Is it possible to forget HOW to blog? I think that is what has happened to me. We’ve been busy but when we get home, I forget to sit down and write about it. I also haven’t taken very many pictures. My sometimers is becoming more of an alltimers.

So I’m going to try and catch up.

Sunday we were invited over to Steve’s place for a Hanukkah dinner. Steve fixed brisket and latkes along with cauliflower, broccoli, asparagus, and lots of munchies. We had a great time, meeting some new people and eating. Steve is heading out for Congress, AZ this week-end so it was a see ya on the road party also.

I took a couple of pictures but Steve isn’t in any of them. I did get a great picture of Jin though. Isn’t he beautiful? 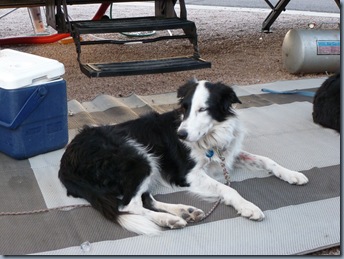 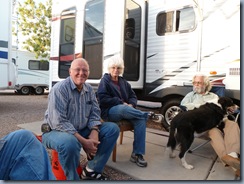 Dianna still hasn’t given up trying to make me not take her picture. I tell her, no matter what they look like, they go on the blog. 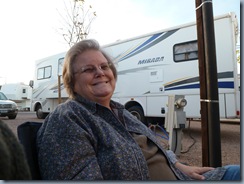 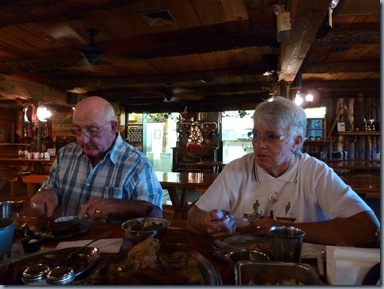 The Mining Camp Restaurant is right at the base of the Superstition Mountains. You can never have too many pictures of these beautiful mountains. 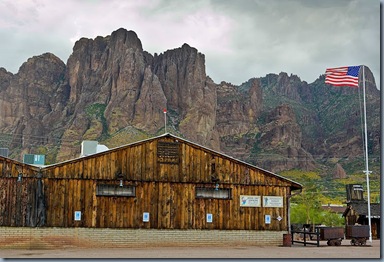 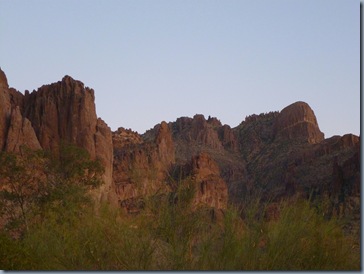 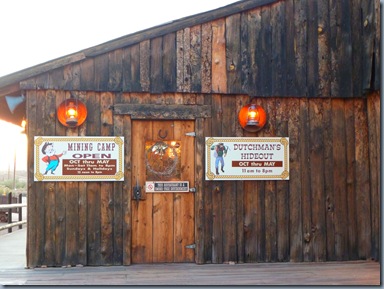 Lots of old rusty stuff in their yard. 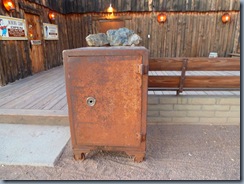 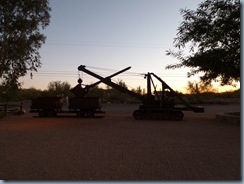 These are the McNasty Brothers. They put on a really enjoyable show with great music and stupid jokes. 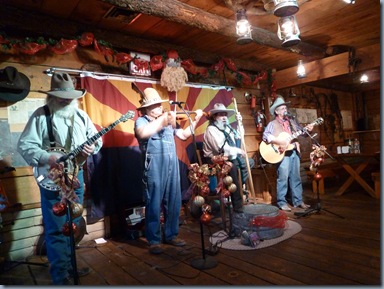 Now, I want you to look closely at this picture and see if you can spot the problem. 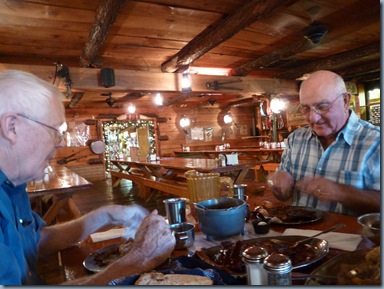 See all those empty tables. The rest of the restaurant was also empty. That’s right. It was just the four of us. We had the entire performance to ourselves. Rather strange. But we still had a wonderful time.

Today we took Aunt Happy to the doctor. She is doing really good and has an appointment with the nose doctor next Monday. Her doctor told her to take a baby aspirin instead of the Plavix so hopefully that will stop her nose bleeds.

This afternoon  Rod and Loyce came by and we threw some hamburgers on the grill. Had us a great visit. They are leaving on Friday to go to Kansas City for Christmas. Once again, the camera was in the house and could not find it’s way into my hands.

And that’s life at the Dixon’s house.