A WALK ON THE MOON 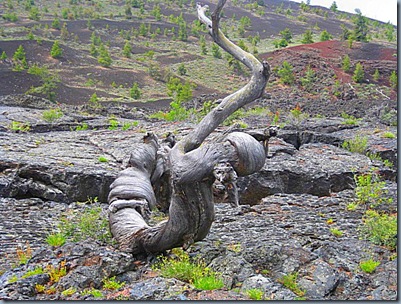 Craters of the Moon is a huge lava field (750,000 acres). But where is the volcano? These fields of lava issued not from one volcano but from long fissures  across the Snake River Plain that are known as the “Great Rift”. 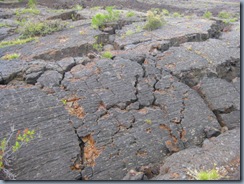 Beginning about 15,000 years ago lava welled up from the Great Rift to produce this vast ocean of rock. The most recent eruption occurred 2,000 years ago and geologists believe that future events are likely in this area. 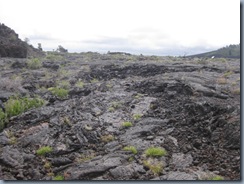 Early travelers through this part of the country mostly avoided the lavas. Craters of the Moon finally became known through sheer curiosity and in 1924 this area was designated as a National Monument. 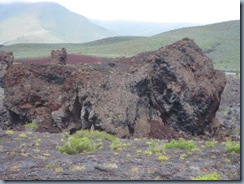 It was cold and windy but we didn’t let the weather stop us and we were not the only ones. You could get into any National Park, Monument or Historical Site free on Saturday and people were taking advantage of the offer. Nobody stayed outside their car for very long but we did take some of the walks through the lava fields. 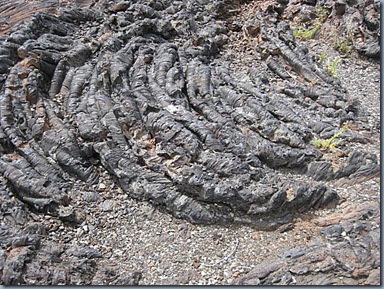 You drive along a seven mile loop road and at Stop 5 you can walk up to see down into Snow Cone. Snow Cone is a Spatter Cone which is like a mini volcano. The snow is at the bottom of the cone year round, even during the hot summer months. 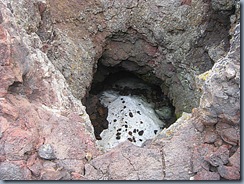 Right after we got back into the truck the sleet and snow hit. We had been fighting wind and cold and were so thankful to be in the truck. We decided to sit it out and have the lunch that we packed. 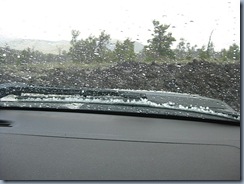 I took so many pictures and trying to figure out which ones to put on the blog is almost impossible. This should definitely be a stop on your list when you come through Idaho. It is rather out away from everything but worth the drive. 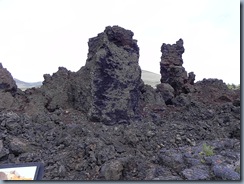 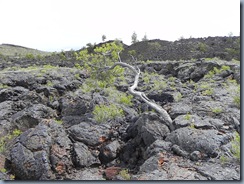 And yes there is life on the moon: 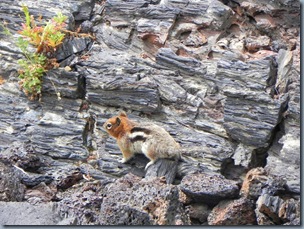 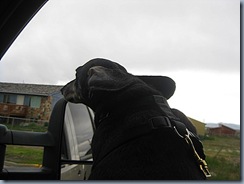 Scooter loves to hang her head out the window (even when it is so cold) and let her ears flap in the wind. I let her have the window down when we were in a town so it wasn’t quite so miserable. But I finally had to give up and roll up the window because I was freezing. 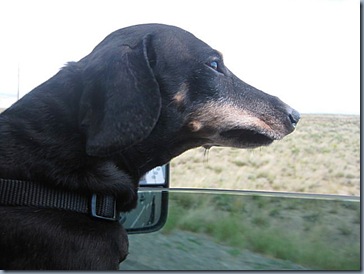 Skittlez is definitely not interested in hanging her head out any window in the cold wind. 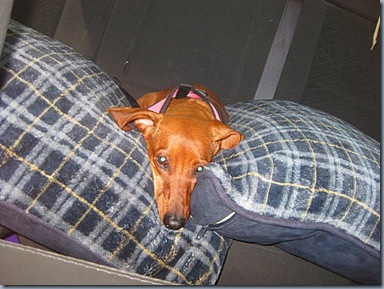