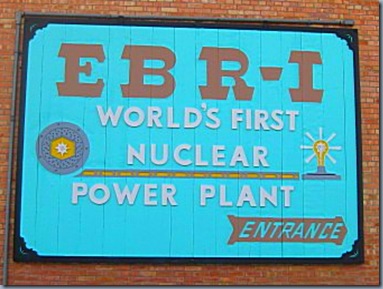 On the road between Idaho Falls and Craters of the Moon are signs that talk about an Atomic Museum. Jim wasn’t sure he was feeling up to stopping on our way back from the Craters. But he decided we might not ever get out here again and we pulled in. As you can see in this picture the plant is definitely out in the middle of no where. 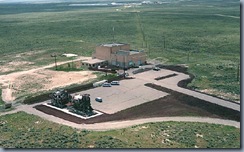 I truly don’t have any idea how to explain nuclear fission chain reactions or breeding or NAK. So I’m going to post some pictures that I thought were really neat and offer a very brief explanation of what they were trying to do at this plant.

They offer tours with a guide but our timing wasn’t any good so we took the self-guided tour. They have a really great brochure to guide you through the plant and they try to explain each stop in words that might make sense to someone like me.

The design purpose of EBR-I was not to produce electricity but instead to validate nuclear physics theory which suggested that a  breeder reactor should be possible. 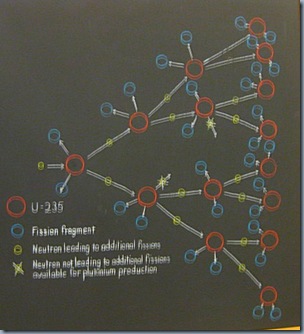 Here are a few pictures of some of the equipment in the plant. 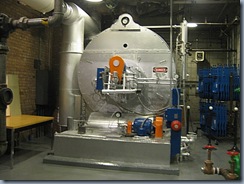 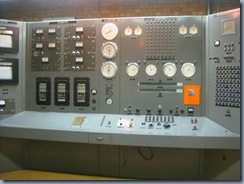 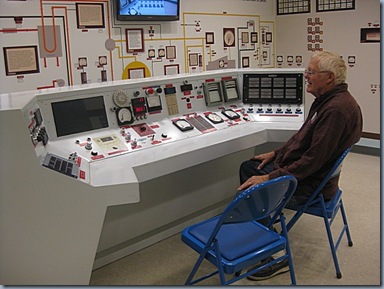 Besides generating the world's first electricity from atomic energy, EBR-I was also the world's first breeder reactor and the first to use plutonium fuel to generate electricity. EBR-1's initial purpose was to prove Enrico Fermi’s fuel breeding principle, a principle that showed a nuclear reactor producing more fuel atoms than consumed. 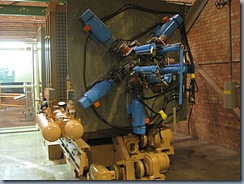 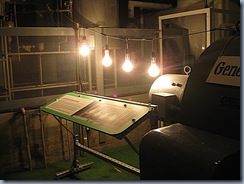 Steam created by the reactor’s heat rotated a turbine. The turbine turned the generator to make electricity. The first electricity generated at EBR-1 illuminated four light bulbs. After the light bulbs were lit, they were put into a closet. Later the FBI was called in to fingerprint the bulbs so they could preserve the original four light bulbs.

From that date until decommissioning in 1964, EBR-1 generated enough electricity to supply all the power for its own building whenever the reactor operated. 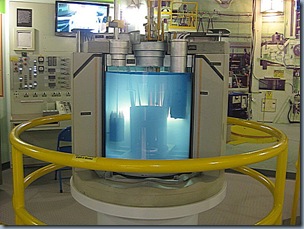 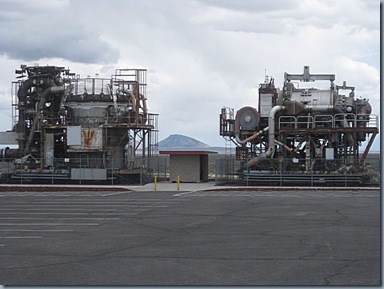 The two giant engines above in the parking lot were built as part of the Heat Transfer Reactor Experiment (HTRE) in the mid-1950's.  The idea was to build a nuclear-powered aircraft.  It was an idea, and a plane, that never got off the ground, for several reasons.  For one, the aircraft would have needed to be huge--so big it would need a 10-mile-long runway.  The plane's crew would probably have received a massive dose of radiation, since shielding would have been too heavy.  And of course, it's just not a great idea to have nuclear reactors flying around overhead.

By the way – EBR-1 is Experimental Breeder Reactor. 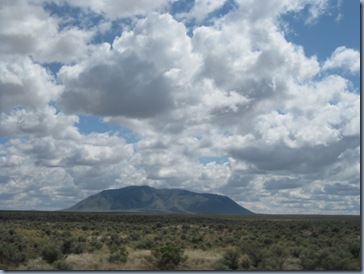