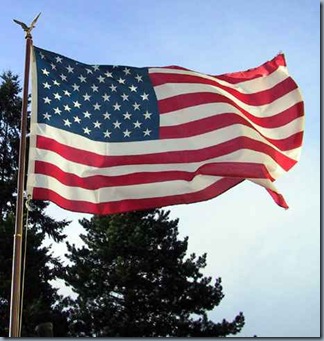 How much do you know about the American Flag. Test your knowledge by answering the following true or false questions.

4. Flag Day was started by a school teacher.

8. Puerto Rico may become the 52nd star on the flag.

9. It’s illegal to buy flags made outside the United States.

1. False. On July 16, 1969, Neil Armstrong and Buzz Aldrin placed the first American flag on the moon. It was made of nylon.

2. False. The 13 stripes on the flag honor the 13 British colonies that declared independence from the United Kingdom, thereby becoming the first states in the Union.

3. False. Although she did apparently embroider George Washington's ruffles, there is no historical evidence that Ross sewed the first American flag, a claim that was made by her grandson in 1870

4. True. On June 14, 1889, George Balch, a kindergarten teacher in New York, planned a celebration of the American flag for his students. It was made an official holiday by Pres. Woodrow Wilson in 1916

5. True. During World War II, saluting the flag was deemed to be too similar to Hitler's Nazi salute, so Americans began holding their hands over their hearts singing the National Anthem.

6. True. After Hawaii and Alaska were inducted into the Union in 1958, Congress had to create a new flag. It chose a design by Robert Heft a 17-year-old student who originally made it for a high school project.

7. True. One of the many rules outlined in the extensive Flag Code states that the American flag cannot be used on anything intended to be discarded after temporary use.

8. False. Trick question. If Puerto Rico becomes a state—which looks likely with an initial referendum to be voted upon on this coming November—the flag will have to accommodate a 51st star.

9. False. Currently, China exports almost $3 million worth of United States flags every year. Although proposed legislation would prohibit importing for sale foreign-made flags, the bill is not expected to pass.