I SAY POTATO, YOU SAY POTAHTO 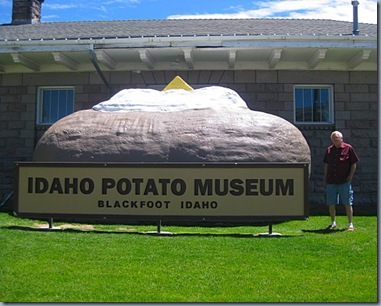 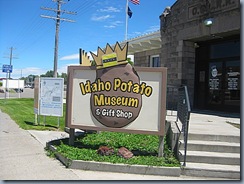 The image of King Spud grins from signs on the outskirts of Blackfoot and while any town in this tater-rich region could claim global preeminence, Blackfoot grabs it with its Idaho Potato Museum, a celebration of the lowly spud and all its varied uses. 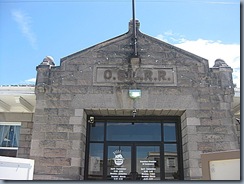 The museum is housed in the old Oregon Short Line Railroad Depot. At the museum, you can "Learn about the agricultural, historical, social, scientific, educational, artistic and economic aspects of the world-famous Idaho potato." There are displays on how the industry grew in Idaho, and exhibits of farming and sorting equipment.

There are even clothes made of the burlap bags. Though not most of us would look this good in them. 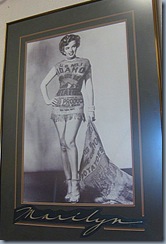 And what would be a potato museum without a tribute to Mr. Potato Head. 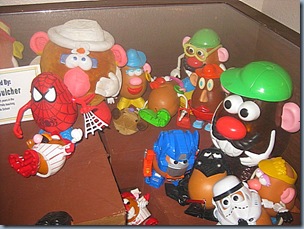 Perhaps the most amazing item in the museum is the world's largest potato chip, a 25x14-inch Pringle created in 1991 by Proctor & Gamble engineers. 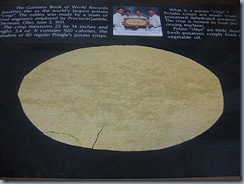 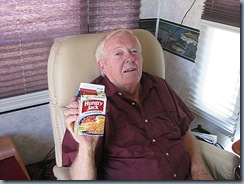 "Free 'Taters For Out-Of-Staters" means a box of Hungry Jack dehydrated hash browns. They used to give a free baked potato, but the kitchen was flooded and they were losing money. So they stopped using the kitchen and now just hand you a box of potatoes.

The potato is the only vegetable that grows in the desert as well as in the mountains above 14,000 feet. 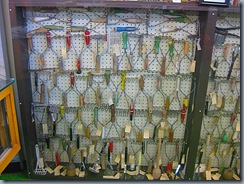 just look at all those potato mashers

The earliest known potatoes were discovered in the high mountains of South America. The earliest such remains of potatoes date to 400 B.C. 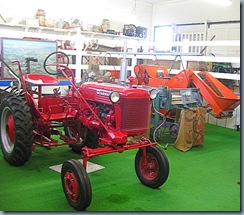 The average American eats 142.7 pounds of potatoes each year.

The potato belongs to the same group as Tomatoes, Tobacco, Chili Peppers, Eggplants and the Petunia. 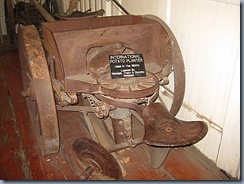 The potato chip industry survived WWII despite severe rationing restrictions since chips were the only ready-to-eat dehydrated vegetable available at that time. 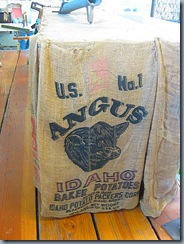 The Spanish discovered the potato in 1537 and carried some on a return trip to Europe. The vegetable had a hard time being accepted. It was considered to be poisonous or evil in England by the Society for the Prevention of Unwholesome Diets, or S.P.U.D.

Thomas Jefferson gets the credit for introducing French Fries to America when he served them at a White House Dinner. It is said that John Adams thought Jefferson was putting on airs by serving “such novelties”.

Idaho produces more potatoes than any other state, about 30% of the nation’s total production.

A fun, quick stop on your way through Idaho.