“The roads and boardwalks are deserted. The doors sway in the wind. There are no children laughing and adults gossiping. The gold rush is long over. It is but a memory left in old dusty journals. With nightfall the spirits return to tell their tales.” Sue Kaiser

After getting set up at the campground in Dillon, we drove up to Bannack State Park (about 22 miles from Dillon). 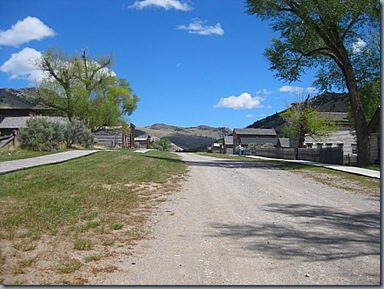 Bannack’s history began 150 years ago on July 28, 1862 when Montana’s first major gold discovery was made on the banks of the creek. This strike set off a massive gold rush that swelled Bannack's population to over 3,000 by 1863. Bannack is the best preserved of all Montana ghost towns -- being preserved rather than restored. 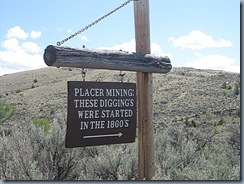 Bannack was named after the Bannock Indians. The name was submitted by the Post office in 1863, and the “o” was inadvertently taken for an “a” changing the spelling to Bannack.

In 1864, Bannack was named as the first Territorial Capital of Montana but only for a short time until the Capital was moved to Virginia City, MT.

You can purchase a guide book at the Visitor’s Center for $2 that contains absolutely wonderful information and stories about life in Bannack during the gold rush days. 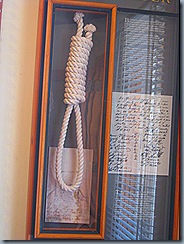 These are some of the highlights of his story, but I highly recommend that you read his entire story at the above link.

Henry was living in Nevada City, CA in 1853 where he owned a bakery, served as city marshal and was imprisoned in San Quentin for manslaughter. He was given a medical pardon and traveled to Bannack in November 1862. Shortly after his arrival he was tried and acquitted of murdering Jack Cleveland and was elected Sheriff in May 1863. As Sheriff he organized a criminal gang known as the “Innocents.” Also as Sheriff, he ordered the gallows to be constructed to hang convicted murderer John Peter Horan. On January 10, 1864, Henry was hanged by the Vigilantes on those very same gallows that he had built. 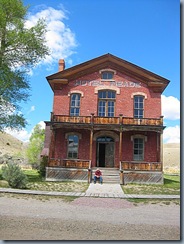 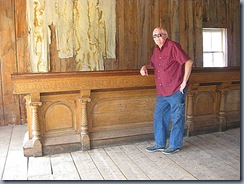 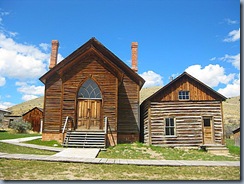 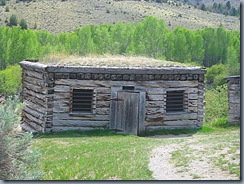 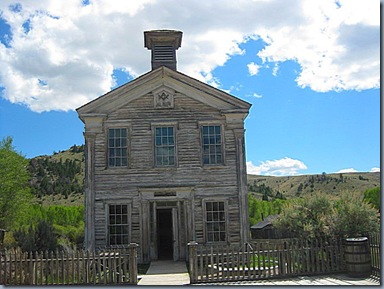 It was here, in Montana's first territorial capital, that Montana Masonry got its start and helped bring law and order to the Wild West at the same time. On June 23, 2000, the Grand Lodge of Masons officially chartered Bannack Lodge (3-7-77) as the first Historic Lodge in the state to help preserve the building and the heritage of Masonry. This building was also used as a school; you can see the merry-go-round in the front yard on the right.

There is a campground with several sites, some suitable for bigger rigs, no hookups. This camper had the best site in the campground. 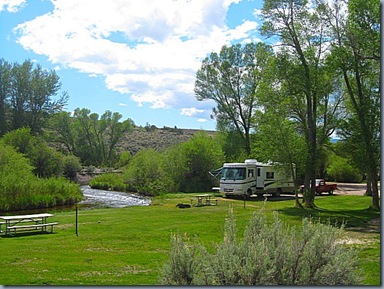 Jim was able to walk the entire distance of the town without his back hurting him. That is just so wonderful. He did have to rest a couple of times because of shortness of breath but that was his only problem.