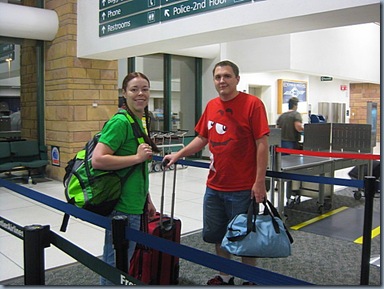 Saturday morning we got up at 3:30 (yep a.m.) to get them to the airport for their 6:00 flight. They flew Alaska Air and check in only took a few minutes. 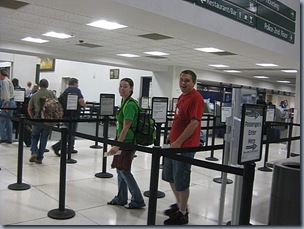 We walked them over to security and as you can see, getting through security in Billings, MT is not much of a wait. 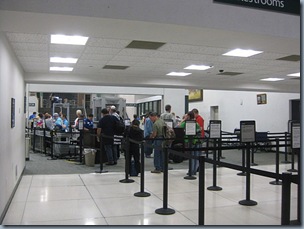 They flew to Seattle, had a two hour layover and then a six hour flight to the island of Kauai. Have a great time kids.

Jim and I finally recovered from the wedding and on Thursday we met Arlene and Roger for lunch. Arlene used to work for Jim and had an “interesting” beginning. She was not happy about having a new boss and when Jim came to her one day with a new way of doing their special order parts (car dealership), she went off. But Jim just told her that it was going to be done and she finally gave in and got some help to rearrange everything. 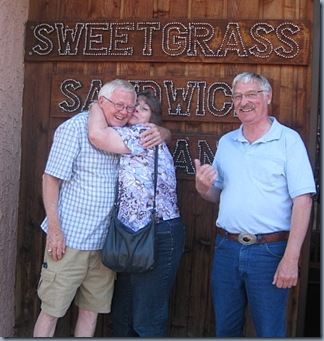 The new arrangement saved Arlene and the guys a lot of work and Jim won her over. She will now tell you that Jim was the best boss she ever had, by far. We had a great laugh over that one.

If you’re ever in Billings and want a fantastic sandwich for lunch, Sweetgrass Sandwich Shop is THE place to go. They are only open for lunch and believe me, 1/2 sandwich is more than enough.

On Friday, Jim’s other wife (Janet) and I went to dinner and out to the mall to wander around. Now she’s not really his wife and there’s also a story behind that one. 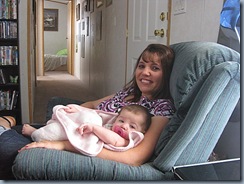 Saturday night we went to Dennis and Rita’s for dinner along with Sue and Ron. We have been having a great time catching up with people. 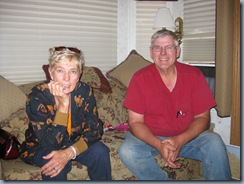 Sunday I prepped for my colonoscopy. Not too bad, but not fun. So glad I got the halflytely. Much easier to get down the half a gallon rather than a full gallon. More expensive but worth it for me. 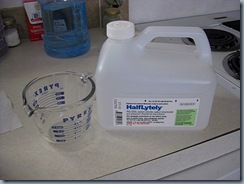 Slept through the colonoscopy and ready to go out to dinner tonight with Judy and Gary.

Please be sure to remember all of those who have lost their homes in the forest fires and those who are without power in this heat wave.