ALMOST TO CANADA, BUT THE BORDER WAS CLOSED 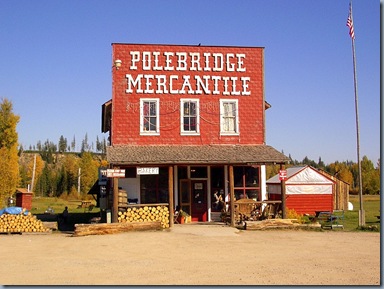 Yesterday morning Jim and I headed north. The other day we received a comment from hobopals  asking us if we were going up to Polebridge. Even though we lived in this area for several years we never made the journey up to the Polebridge Mercantile. 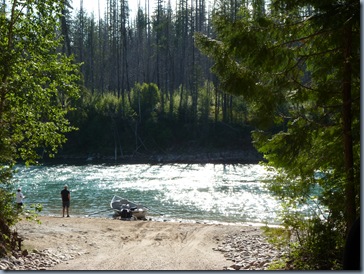 The road follows the North Fork of the Flathead River and wanders along the west side of Glacier Park. The road is gravel for several miles and if you don’t like washboards, this one isn’t for you. Eventually it turned into an oiled gravel road which wasn’t too bad. But slow going. 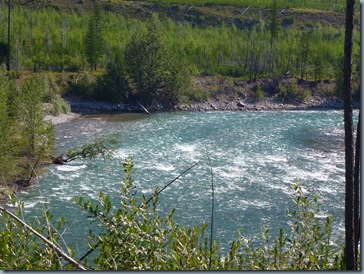 Polebridge is unincorporated and is about 22 miles from the Canadian Border. The signs say the border is closed but I read on the internet that several people have actually come through there hoping they won’t get caught.  Not a very smart idea. 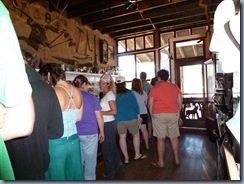 The store was built in 1914 and I’m really not sure why or how the Mercantile became so famous but the place was packed and more folks kept rolling in. It was a 50 mile journey that took nearly two hours because of the road conditions and still they come. And what does everyone go to Polebridge for? 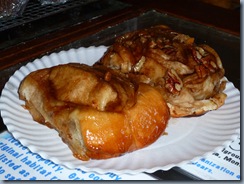 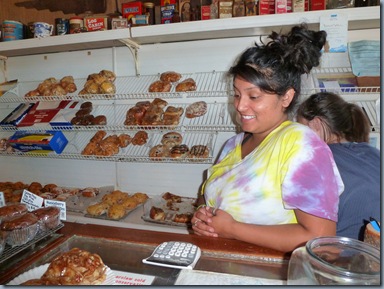 You can also rent cabins for the hiking and rafting in this area. 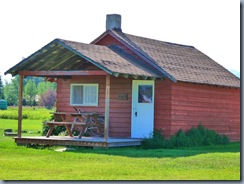 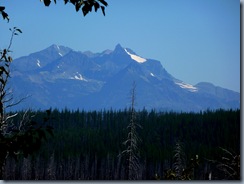 My cloud picture for the day 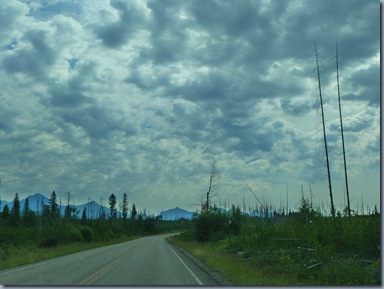 To end this wonderful day, we went to dinner at Scotty’s with Sue and Doug 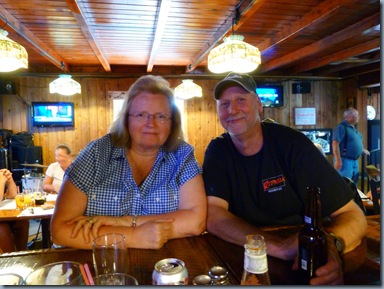 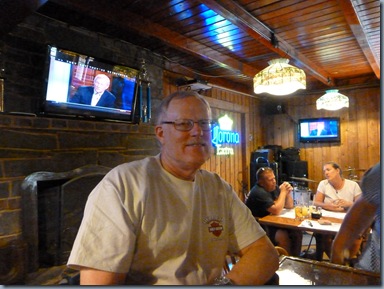 Everyone headed for home and just in time because one wild storm rolled through with lots of thunder, lightning and really hard rain.