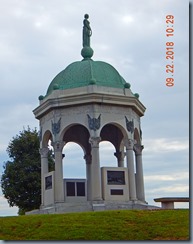 Visiting this battlefield is a very sobering experience. It was the bloodiest one day battle of the American Civil War with over 23,000 Americans dead, injured, or missing.

We started at the Visitor’s Center and they have a very informative movie discussing the battle. Then they give you a map of the driving tour through the battlefield. They also offer tour guides for a walking tour.

(The Saturday we were there was a free admissions day and the park was extremely busy.)

General Robert E. Lee decided in 1862 to lead his troops out of Virginia and into Maryland and Pennsylvania. He first needed to capture the Armory at Harpers Ferry and Lee divided his army with one command by General James Longstreet and another company under General Stonewall Jackson.

On September 13 a Union soldier found a copy of Lee’s plan of operations and the Union leader General George McClellan realized that this was the time to strike Lee’s Confederate army. After being forced from the gaps on South Mountain, Lee considered returning to Virginia, but after learning that the Armory was theirs in Harpers Ferry, he decided to make a stand at Sharpsburg, MD.

Dunker Church was a pacifist German Baptist Brethren church that was the focal point of Union attacks. 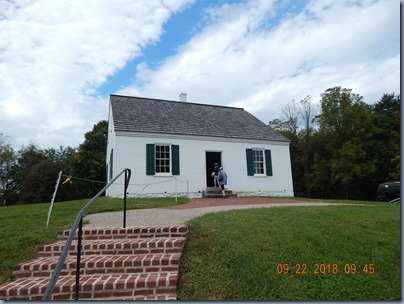 The 12 hour battle at Antietam Creek began at dawn on September 17. 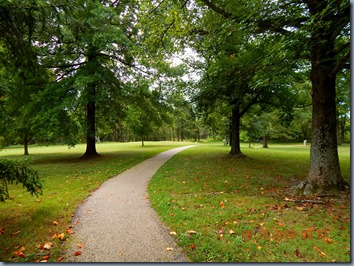 This is the start of the Union army’s path through the cornfields. 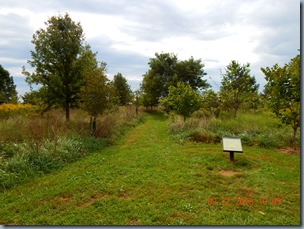 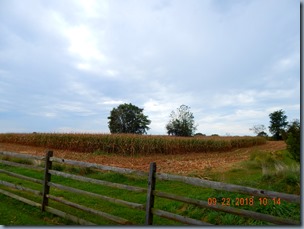 By late morning the fighting shifted toward the Confederate center (Sunken Road) in a three hour stalemate that left the road forever known as “Bloody Lane”. 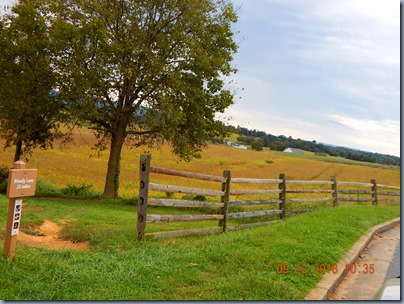 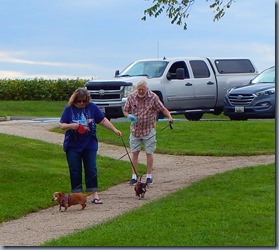 General Ambrose Burnside moved his men across the bridge over Antietam Creek. The battle ended about 6 p.m. 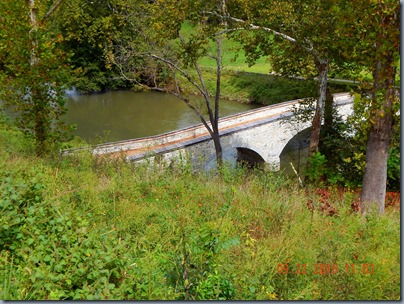 This is rather long but I found it fascinating reading. 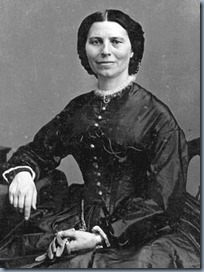 Arriving at the northern edge of the infamous "Cornfield" at about noon, Clara Barton watched as harried surgeons dressed the soldiers' wounds with corn husks. Army medical supplies were far behind the fast-moving troops at Antietam Battlefield. Miss Barton handed over to grateful surgeons a wagon load of bandages and other medical supplies that she had personally collected over the past year.

Then Miss Barton got down to work. As bullets whizzed overhead and artillery boomed in the distance, Miss Barton cradled the heads of suffering soldiers, prepared food for them in a local farm house, and brought water to the wounded men. As she knelt down to give one man a drink, she felt her sleeve quiver. She looked down, noticed a bullet hole in her sleeve, and then discovered that the bullet had killed the man she was helping.

Undaunted, the unlikely figure in her bonnet, red bow and dark skirt moved on—and on, and on. Working non-stop until dark, Miss Barton comforted the men and assisted the surgeons with their work. When night fell, the surgeons were stymied again—this time by lack of light. But Miss Barton produced some lanterns from her wagon of supplies, and the thankful doctors went back to work.

Miss Barton's timely arrival at the battlefield was no easy task. Only the day before, her wagon was mired near the back of the army's massive supply line. Prodded by Miss Barton, her teamsters drove the mules all night to get closer to the front of the line.

Within a few days after the battle, the Confederates had retreated and wagons of extra medical supplies were rolling into Sharpsburg. Miss Barton collapsed from lack of sleep and a budding case of typhoid fever. She returned to Washington lying in a wagon, exhausted and delirious. She soon regained her strength and returned to the battlefields of the Civil War. 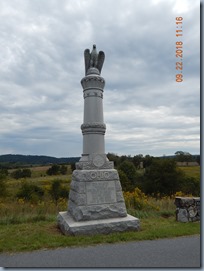 The bloodiest single day in American military history ended in a draw, but the Confederate retreat gave President Abraham Lincoln the “victory” he desired before issuing the preliminary Emancipation Proclamation five days later.