I want to let you know that I am feeling much better. I still have a cough that won’t go away, but I feel great. Thanks for all the good wishes.

I was reading some of the negative reviews for the Library trying to understand what could be so bad. One review said it wasn’t a library – of course not. It’s set up like a Presidential Library with exhibits and videos depicting Mr. Graham’s preachings. They have a large bookstore. But it’s not a library where you go to check out books. Another review said that it was too religious. I’m really not sure what they expected – Mr. Graham’s life was totally about religion and Christ. 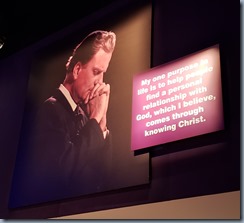 Originally Billy Graham was against the idea of a library bearing his name. He was adamant against anything that would detract from the message he had preached for more than 60 years – a message that points to Christ alone as the way God. “When it was presented as an ongoing ministry and that people would have the opportunity to be won to Christ, I changed my mind,” he said.

The library is designed in the shape of a barn to reflect his childhood on a dairy farm in North Carolina. 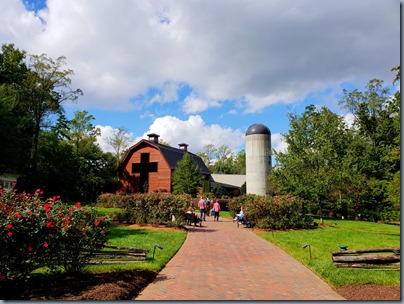 After entering at the foot of the Cross, Bessie begins your Journey of Faith with stories about his youth. 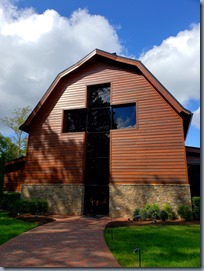 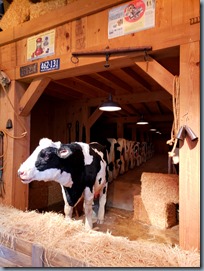 The Library is organized around the themes of “The Man,” “The Message,” “The Ministry,” and “The Mission” with the message being pre-eminent: the Gospel of Jesus Christ. 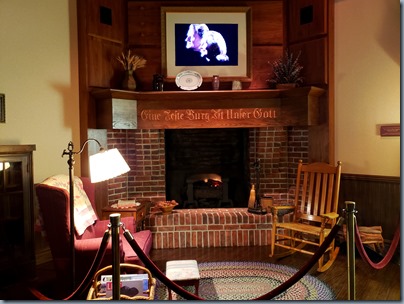 His wife, Ruth, was married in this dress which she made. 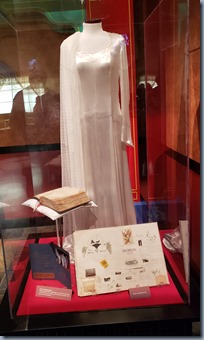 The Cross is very important in his ministry. However, in the Church of Jesus Christ of Latter-day Saints we do not use the symbol of His death as the symbol of our faith because the Savior lives. 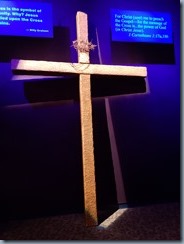 The bookstore is Ruth’s Attic and the restaurant is the Diary Bar. 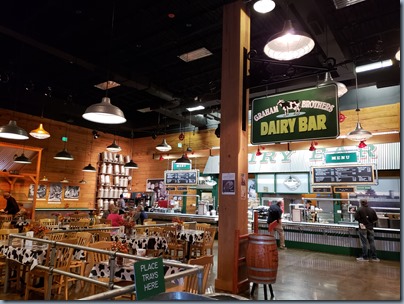 Both Billy and Ruth Graham are buried on the grounds of the library.

The library was dedicated on May 31, 2007. The complex also includes his childhood home.

I thought it was a very interesting experience. I have a very strong belief in Jesus Christ and I appreciated his testimony of his own belief in Christ.