Jim really enjoyed himself in NASCAR country. One of his favorite stops was at RCR Museum. I stayed in the truck with the puppers and told Jim he needed to take pictures for me. Well, he certainly took pictures. Lots of pictures. I made him choose the pictures that are going in this blog post. 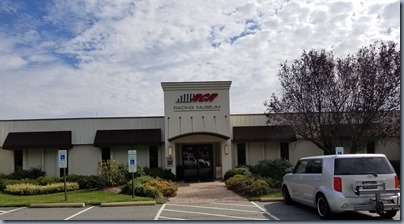 The Richard Childress Racing Museum, located in Welcome, North Carolina, traces how an independent one-car team evolved into one of NASCAR’s most successful organizations. 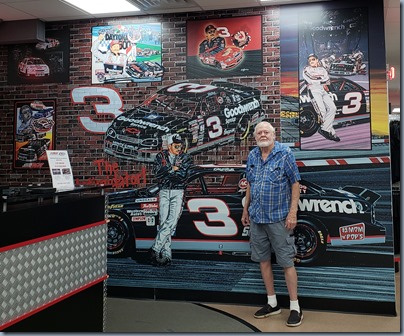 The museum hosts the largest collection of No. 3 Goodwrench Chevrolets, including the 1998 Daytona 500-winning car, the 1995 Brickyard 400 winner and each of the special paint schemes driven by Earnhardt in the All-Star races from 1995-2000. 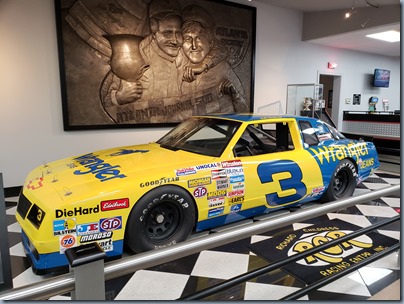 The late Dale Earnhardt appeared on a commemorative Wheaties boxes in conjunction with his induction into NASCAR's Hall of Fame in May 2010. Earnhardt was also featured on the Wheaties box in 1997 and is the first NASCAR driver to appear twice. 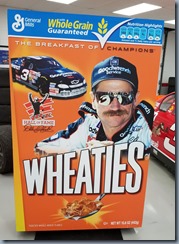 On February 20, 2000, Dale Earnhardt drove a new 2000 Monte Carlo at the Daytona 500 featuring the little devil, Taz. The car's paint scheme, based on the cartoon character, was used in Chevrolet's TV advertising campaign. 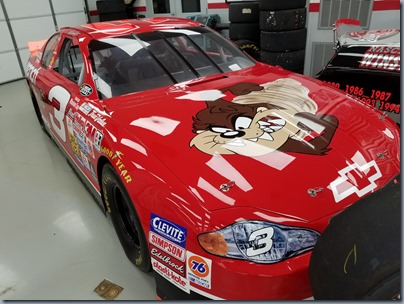 This paint scheme was the creation of pop artist Peter Max in 2000. Dale drove this car in six races and had two top 3 and four top 10 finishes. Kevin Harvick used this car to qualify in 2001 but crashed it in Turn 1 on the first lap. 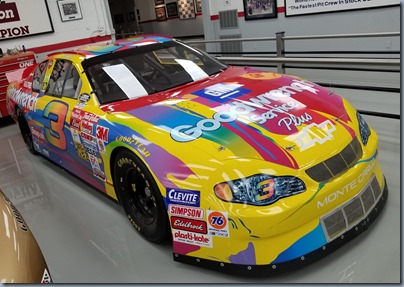 Dale drove the No. 3 Oreo Chevrolet Monte Carlo to a second place finish in the 2001 Budweiser Shootout at Daytona. The paint scheme was part of a promotional program with Nabisco. 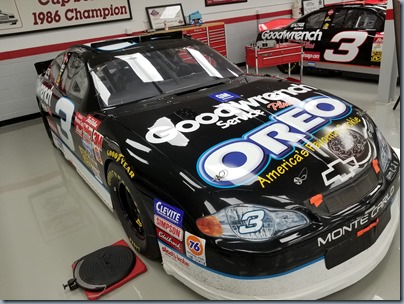 Jim is having such a good time. 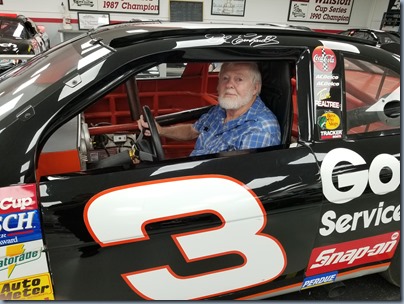 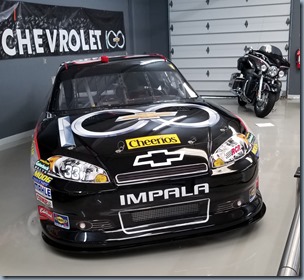 In the fabrication room the bodies for the cars were created from flat pieces of sheet metal and hung on the chassis. This picture shows the roll cage. 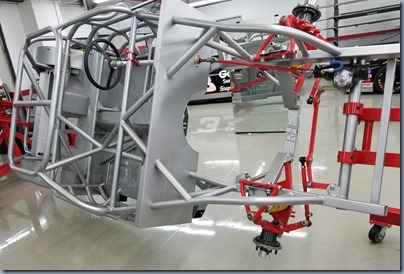 On May 28, 2917 Austin Dillon earned his first career Monster Energy NASCAR Cup Series victory in the Coca-Cola 600 at Charlotte. Driving the Dow Salutes Veterans Chevrolet, Dillon returned the No. 3 Chevy to Victory Lane for the first time since Dale won at Talladega in 2000. 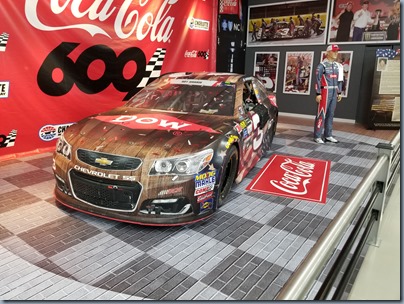 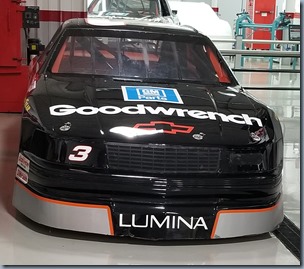 While sitting in the parking lot, one of the race cars they were working on back in the shop, was driven around the roads to test it out. 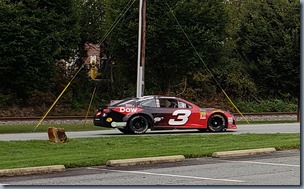 They use huge trailers to haul the cars from track to track. 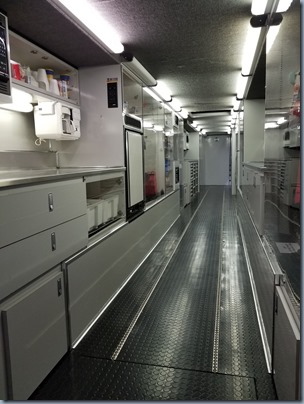 And we couldn’t leave without getting Jim a souvenir.

(the expression on his face is sticker shock) But he’s worth it.