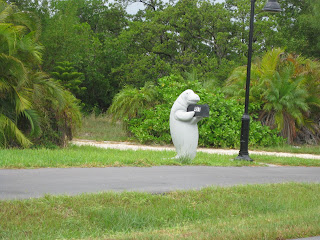 The next few posts will be from our trip down to the Florida Keys.

The word Key comes from the Spanish word Cayo which means small island. There are around 1700 islands located in the Florida Keys. They are the exposed portions of an ancient coral reef and are the only frost-free place in Florida. There are only two seasons in the Keys - hot, wet, and humid from about June through October and the drier, cooler weather from November through May. It was raining off and on the whole time we were there.
I really found this story entertaining:
THE CONCH REPUBLIC - In April, 1982, the Reagan administration's war against drugs and illegal aliens thought up a great idea. They set up roadblocks to search and question everyone leaving the Keys. The independent island people were outraged -- at the intrusion and the long delays. When their letters to the governor failed, they banded together in a mock public protest. At high noon on April 23, secession ceremonies were held in Mallory Square, Key West. Hoisting the new Conch Republic flag, adorned with a conch shell, the island rebels tossed a loaf of stale Cuban bread into the air, their token shot declaring war against the United States. They handed out passports to the citizens of the Conch Republic and promptly surrendered, making them eligible for foreign aid. Then, in true island spirit, they partied. The celebration lasted a week and has since become an annual event.
Roadblocks to check for illegal aliens and drugs are no longer set up in the Florida Keys.
Before 1900, the only link the Keys had to the mainland was by boat, but in 1905, railroad magnate, Henry Flagler, began building an extension of his Florida East Coast Railroad south through the Everglades to the southern most point in the United States. 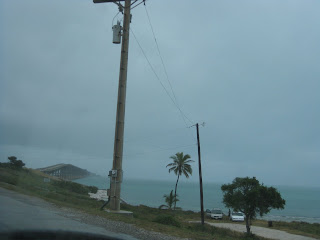 It cost $50 million and took 700 laborers seven years of brutally hard work, to build the bridges and lay the tracks over 106 miles over 31 island. 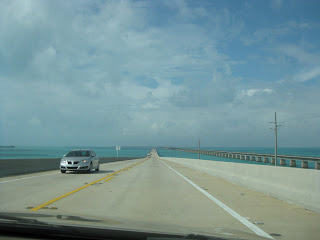 The glory of the railroad was short-lived, though. The Labor Day hurricane of 1935 hit the Upper Keys with 200 mph winds and an 18-foot tidal wave. It killed over 800 people and ripped the Florida East Coast Railroad to shreds. For the next three years, Keys' transportation was again limited to boats. In 1938, the Florida Keys Overseas Highway opened. Built over the railroad's old tracks and bridges, the highway is still the mainline to the mainland. 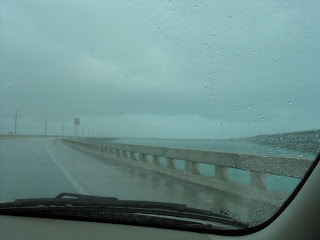 They were holding Speedboat Championship Races while we were there. 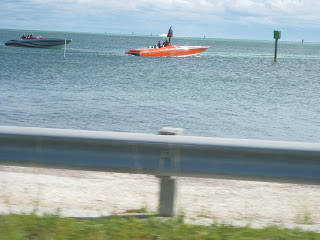 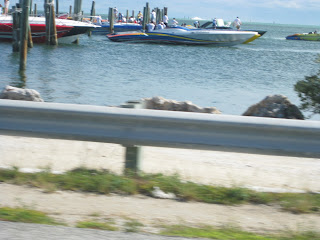 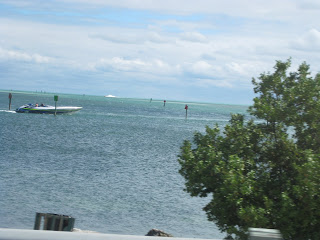 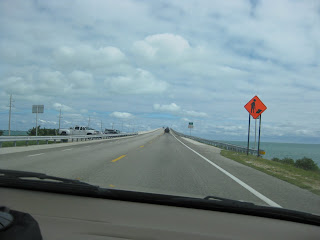 These are pictures of the Seven Mile Bridge which is a concrete bridge that is 35,862 feet long (6.79 miles). 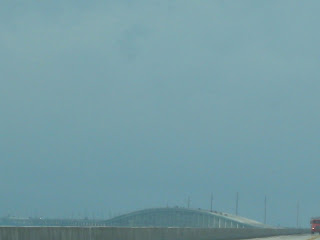