Castillo de San Marcos was for many years the northernmot outpost of Spain's New World empire. 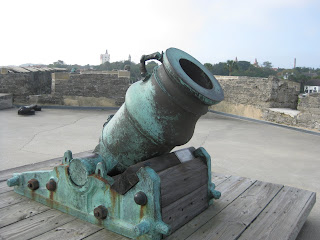 It is the oldest masonry fort in the United States. It protected St. Augustine from pirate raids and from Spain's major rival, Great Britain. 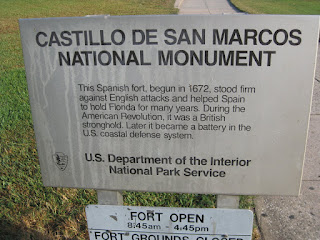 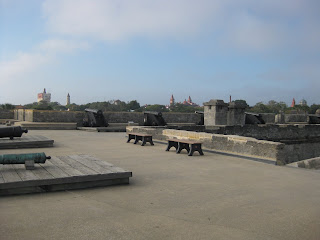 The fort's location on the west bank of Matanzas Bay allowed its guns to protect not only the harbor entrance but the ground to the north against a land attack. 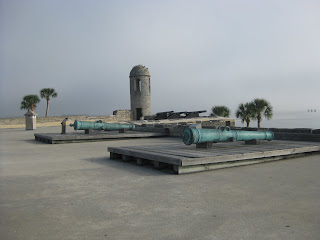 In 1702 during he War of the Spanish Succession, the English unsuccessfully besieged the fort for 50 days. 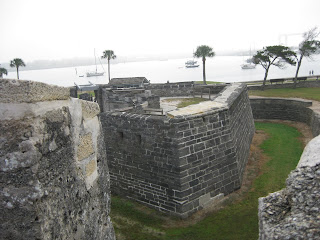 The English burned the town of S 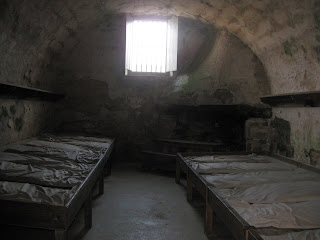 t. Augustine before they left, but the Castillo emerged unscathed. 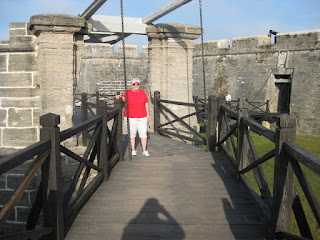 Spain held Florida until 1821. At that time it was ceded back to the United States and was renamed the Castillo Fort Marion. 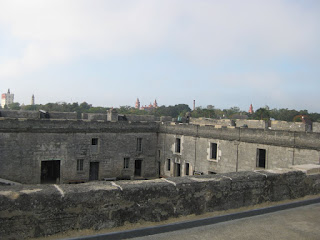 It was used to house Indian prisoners during the Seminole War of 1835-42. Confederate troops occupied it briefly during theCivil War and Indians captured in western military campaigns were held there later on. 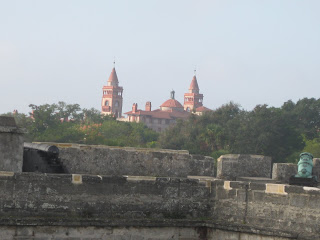 It was last used during the Spanish-American War as a military prison. In 1942 it's original name - Castillo de San Marcos - was restored.
Posted by Jim and Sandie at 6:03 AM