Along with all the ducks, geese and other waterfowl, the ranch has lots of peacocks roaming around. So you have to drive really slow coming down the driveway. 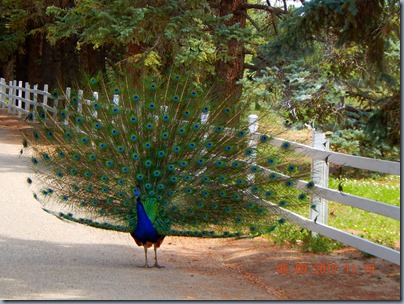 To get to this museum (which is in two buildings) you have to cross the Animas River on an old, old bridge. Not for the faint of heart. 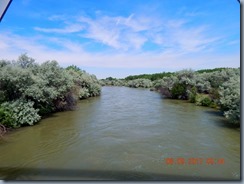 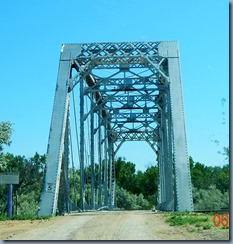 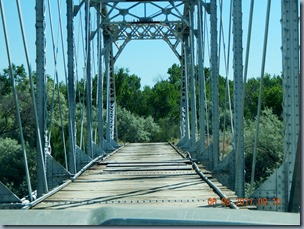 There is no charge to tour the museums but you do have to call to schedule your tour.

The front of the museum is petrified wood. 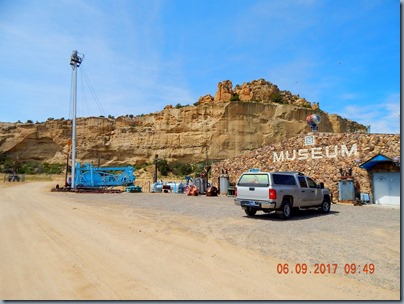 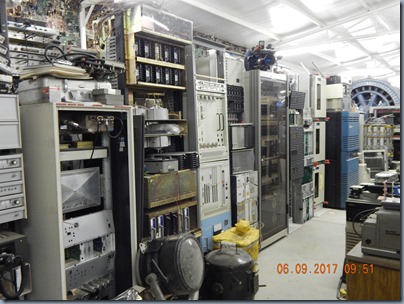 I really have no idea how to describe this place. It’s not an organized museum like we’ve seen other places; but as Jim put it, it is “mind-boggling”. 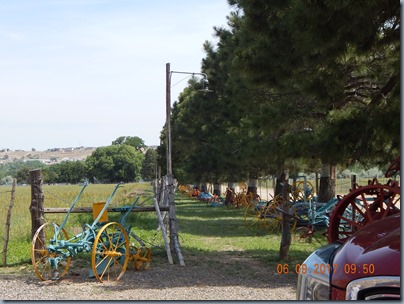 Tom’s son Tommy has been in charge of the ranch since his father’s death. Tommy is not an outdoorsman like his dad, but has a very strange love for all things mechanical and electrical. 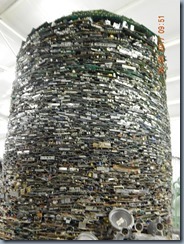 This picture is a stack of motherboards. 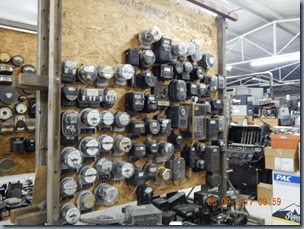 A tub of copper from old computers 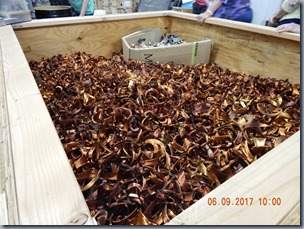 Todd – this is for you. An old Ford analyzer. 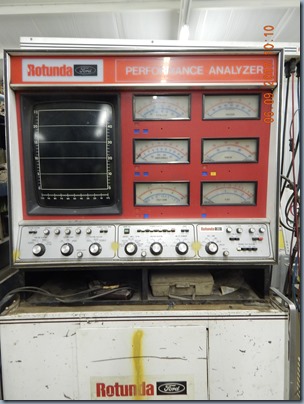 How about some aged radio-station transmitters and all the car speakers from the old Rincon Drive-In in Aztec, to a three-stage compressor from a Nevada uranium testing site, a 16-foot-diameter drill bit, and an entire electrical substation. 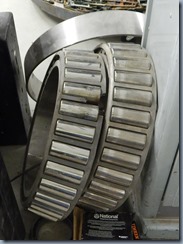 Tractors and an old steam train 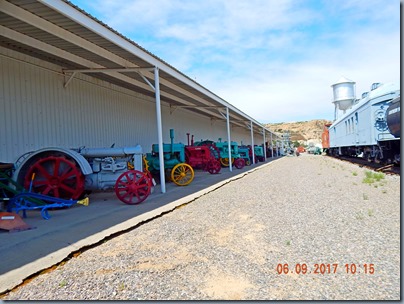 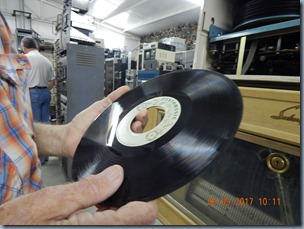 I made Jim pick the pictures to put in this blog post and I have no idea what most of them are. If a business in town is replacing their systems or upgrading, they give Tommy the old equipment and it gets added to the collection. Probably the largest collection of telephone insulators in the world – this is just a small portion of them. 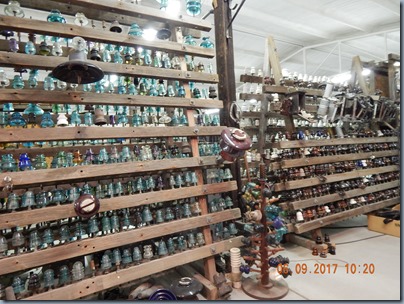 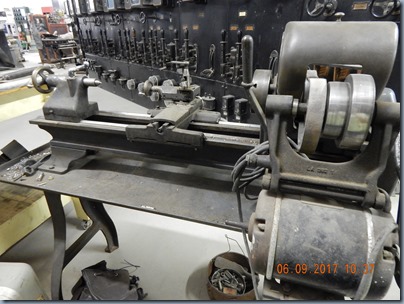 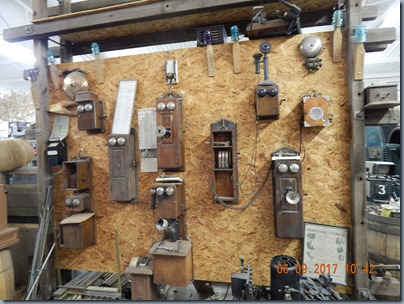 These pictures don’t even begin to scratch the surface of what you will see here. Mind-boggling!! 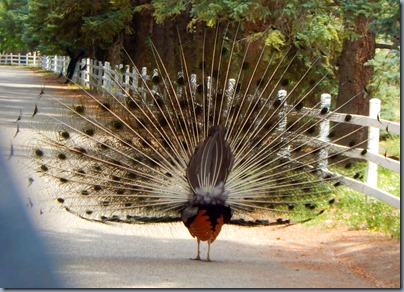