In 1997 I saw the movie Contact with Jodie Foster. At that time I knew that visiting the Very Large Array had to be in my future and today was the day. Jim hadn’t seen the movie and really didn’t know what to expect. 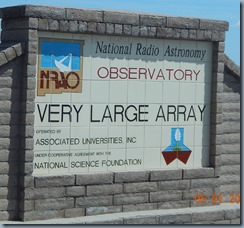 In the early 1960s scientists and astronomers knew that an array of radio telescopes (an array is a group of several radio telescopes observing together as it  were a single telescope many miles across) to work with the giant, single dish telescopes. 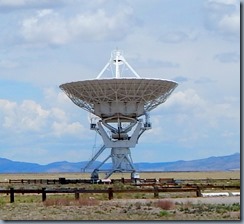 They started with a four telescope array used during the 1960s and 1970s. In 1972, Congress approved the funding of the VLA project. 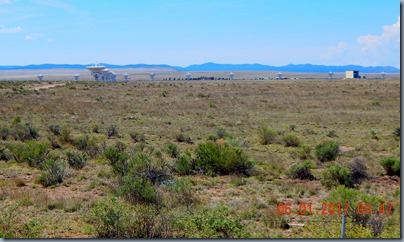 The Plains of San Agustin is a flat stretch of desert with no major cities in sight. The Plains are ringed by a natural fortress of rock that keeps out any traveling radio pollution from cities even hundreds of miles away. 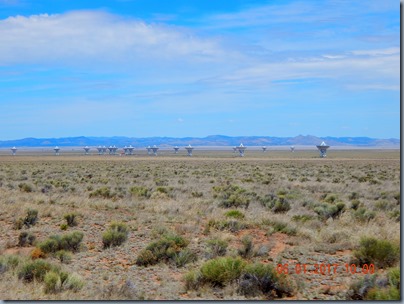 The desert climate of the Plains is also critical to the success of the VLA. Humidity is a real problem in radio astronomy because water molecules distort the radio waves passing through them.

There are 27 telescopes (plus one spare) and each one is an 82 foot dish with 8 receivers rucked inside. Each antenna weighs 230 tons and the dish moves on an altitude-azimuth mount, (a classic tripod mount): it tilts up and down and spins around. 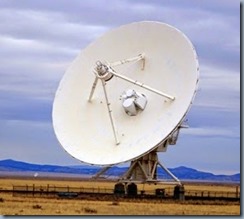 The Y shape of the of the VLA is not for looks but for function. The wider the array is, the bigger its eye is and the more detail it can see out in space.

The telescopes are on rails and four times a year a Transporter picks up telescopes and hauls them one at a time farther down their track. Over the course of a year, the VLA lengthens each of its legs from two-thirds of a mile to 23 miles long. 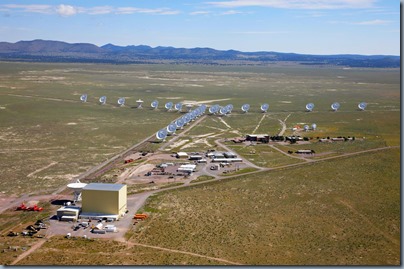 There is a 20 minute movie narrated by Jodie Foster and a self-guided walking tour around the area. One of the highlights of the walking tour is the Bracewell Radio Sundial. They have a handout on the sundial and how to read it, but understanding it was beyond our abilities. What we could see was that the shadow of the sundial told us it was 11:00 a.m. and our cell phones agreed with the sundial. 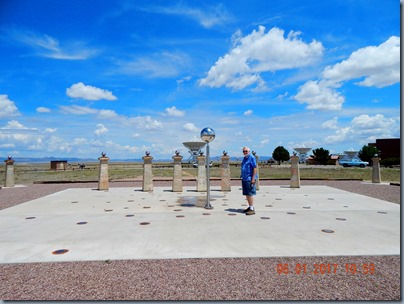 Notice both the sundial’s shadow and Jim’s shadow pointing at 11:00. 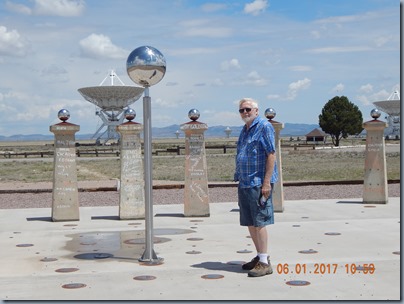 I was very impressed with our visit. I may not understand much about radio astronomy but I still find it fascinating. Jim really enjoyed this visit and he understood a lot more about radio waves than I did. So very glad we made this stop. Should be on everybody’s bucket list.