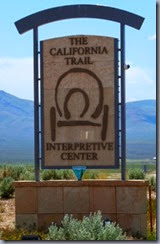 Our next stop was Elko, NV.

We wanted a nice relaxing day and thought the California Trail Interpretive Center would be a good way to spend an hour or so. 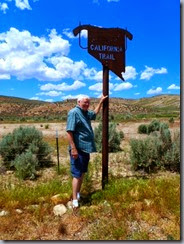 However, when we drove up we saw a school bus and almost changed our mind. We lucked out because the children were quite a ways in front of us. Jim really does hate having to share all the fun hands-on exhibits with other kids.

This machine, called an odometer, was connected to a wagon wheel. As the wagon wheel turned, smaller wheels inside the machine moved and measured the distance the pioneers traveled each day.

The expression “Seeing the Elephant” seems to have many definitions. However, for those traveling the California Trail, the mythical elephant was an extremely popular way of expressing an overwhelming emotion. 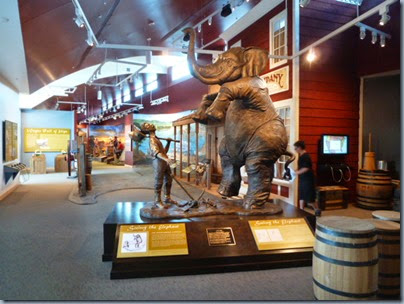 Pioneers talked of the excitement and anticipation of heading west to see the elephant. 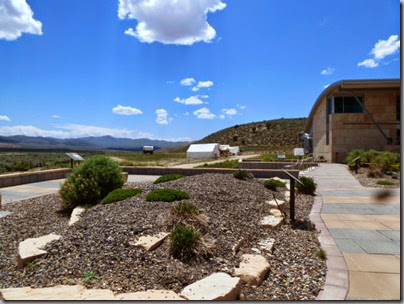 Elephant "sightings" often begin with excitement and high ideals only to be disappointing or disenchanting. The high excitement followed by the low frustrations are what epitomize the elephant as something most wanted to "see" but few would have wanted to "see" again. 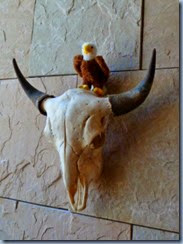 Sidney really enjoyed himself looking down on what his ancestors would have seen as the pioneers and gold seekers made their way across this country of ours.

I really would not have survived the trek these pioneers took. I much prefer the modern day covered wagon (RV) that we travel in today. I truly admire their courage and determination. So many died along the way including children. Often they had to leave their belongings along the trail and trudge onward by foot when their oxen died. 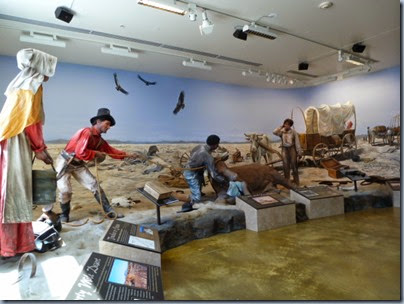 This is the view from the plaza at the Center. 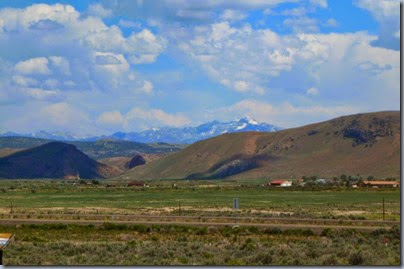 I had read the reviews that people had written about the Center and I have to disagree with several of them. I found the Center very well set up with wonderful exhibits, especially for children (and Jim). They had a well done presentation on the Donner-Reed party and why they ended up in the snowstorm. I would recommend this stop to anyone who wants to learn more about those who crossed and settled America.