A Trip Down Memory Lane

Jim and Tom made one trip into Pinedale to the hardware store for parts for the toilet. (stupid toilet) Those weren’t the answer so Jim needed to make one more trip back to town and I decided to check out the town.

When we got to the hardware store, this is the sign I saw. 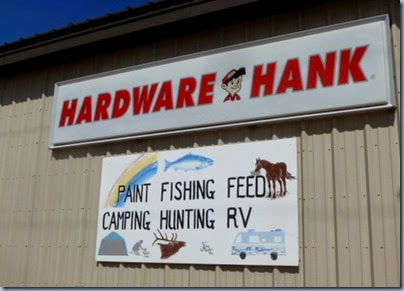 A slight detour down memory lane – Back in the early 1970’s I packed up and moved to San Diego. I’ve always been a restless soul and after living in Utah for three years I was ready for a change. Back then, you had to take all kinds of tests if you wanted to work for the Federal Government. Tests like typing and shorthand and ten key. After taking the tests it was months or years before you ever heard from anyone about how well you did or if you had a job somewhere.

I needed money in order to live so I went to a temporary employment agency. They sent me out on several temporary positions and one was in the regional accounting department for Hardware Hank. They were so impressed by my work ethic that within two weeks they offered me a full time position.

The gentleman I worked for had a reputation of being a real stickler for detail and had several secretaries quit or he fired them before I showed up. For some reason we really clicked and had a fantastic working relationship.

About six months later, I finally heard from the Feds and discovered that six different agencies wanted to hire me because my test scores were quite high. I really hated to leave Hardware Hank but I know that working for the government would be a better opportunity for me and I chose the IRS. For me it was definitely the right move.

Amazing how a sign can bring back long forgotten memories.

Oh – and Jim finally got the parts he needed to fix our leaking toilet. They are called Shark Bite connectors.

This is the view on our way back to the campground. 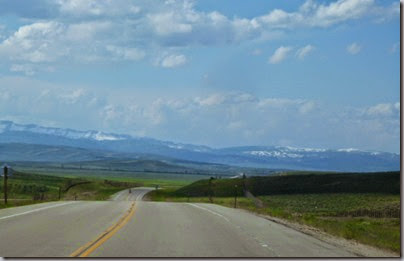