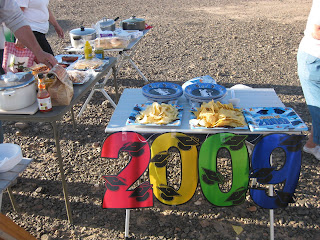 After the chili cookoff - notice everybody had to eat before we started in with the rest of the party. 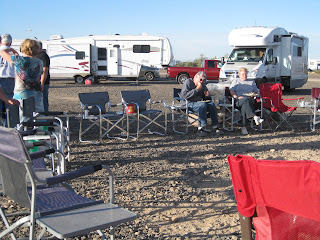 So here are some pictures of the eating part of graduation. 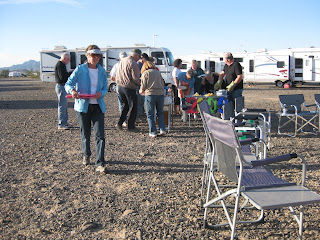 I made up mortgages for everyone to burn. Some of us still own houses, some are rented, some have sold, and others are still hanging onto that house because of all their stuff. But everyone got to burn their symbolic mortgage. As they threw the paper on the fire, they each got to express their feelings about rving and their new life style. The bottom line (at least in my opinion) is that the people everyone has met on the road have made this lifestyle the best ever.
Hopefully I can line up these names with their pictures. I'm not real good at that so wish me luck. Also, we are missing pictures of Delcie & Freddy at this time because our camera battery died. So look for their pictures in the near future. 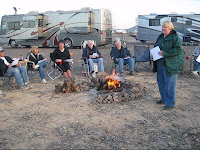 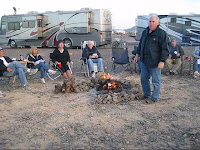 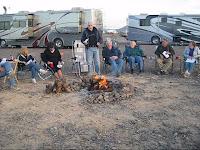 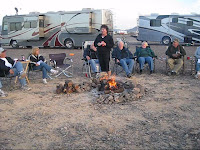 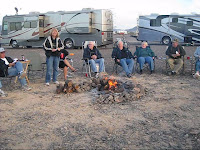 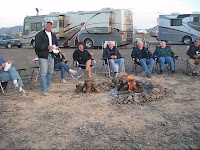 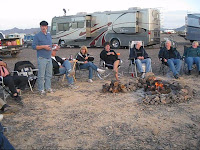 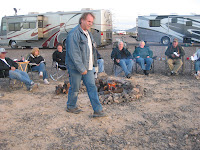 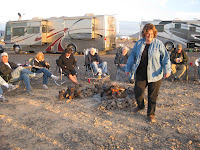 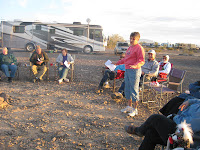 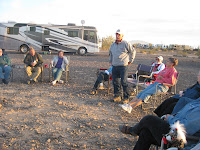 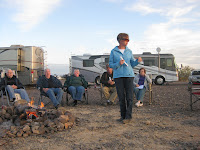 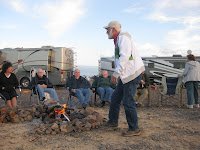 After the mortgages were burned each couple received a diploma and I received a beautiful gift. A sun spinner. So neat. 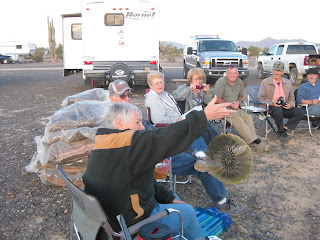