Okay, once again I wasn’t real clear in my last post. We are in our spot here in AJ, but we’re only here for about two weeks. Then we’re going down to Amado for a Rally. We’ll come back to our spot and Jim is going hunting in NM with his son in November. We’ll stay put til after the holidays and then we’ll be in Quartzsite and Yuma.

After that we’ll come back to our spot and then I’ll figure out where we’re going next and when. We don’t usually sit more than a couple of months before I cannot stand the hitch itch any longer. That’s one of the reasons I like having a spot where we can come and go whenever we want to. If medical issues come up we always have a place to go.

We went to see Aunt Happy. She felt bad because she hadn’t put her eyebrows and foundation on when I took her picture, but when I showed it to her she said it was not bad. She still has some pains from falling but feels pretty good. She’s really glad we’re back and told Jim that she would have a list of things for him to fix the next time we go to visit.

Barbara – I can’t believe I forgot to put her picture in. Thanks for letting me know. 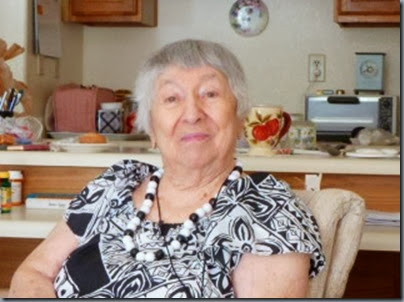 Because we are doing just normal things involved with living, I won’t be blogging as much. I really enjoy those blogs of folks who have such a talent for writing but I’m definitely not one of them.

We had several things quit working on our journey back to AZ this year. Our oven, one propane tank, the generator, the toilet, the door to the microwave.

Jim got into the oven and figured out that a pipe had broken where this piece was supposed to fit. 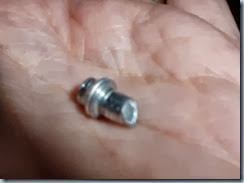 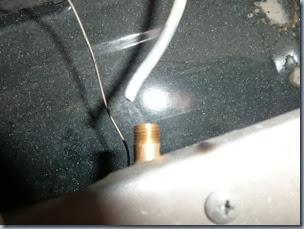 He went to Ace Hardware and for $6 was able to get everything he needed to fix the oven. I am so grateful I am married to such a talented guy.

After finishing up with the oven he replaced the seal in the toilet so it holds water now. Hard water really does a number on those seals.

Jim had his PET scan today and we see the oncologist next week. I’ve been cleaning house. Boy did it need it. I’m also going through all the cupboards and drawers and getting rid of stuff. I  cannot believe how much stuff I can accumulate in such a small space.

We had a lot of wind and dust a couple of days ago and we just stayed inside with everything shut tight.

Last night we met up with Dianna and Bobbie for dinner. Good to see them again. No pictures because Dianna just won’t cooperate.

And that’s life at our house. Love this picture of Skitz. 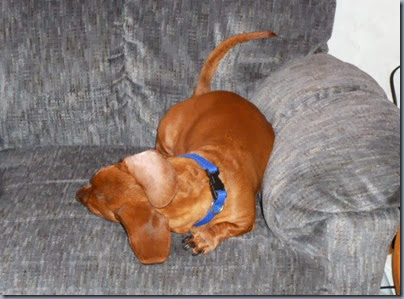 Scooter always wants to be covered up and she doesn’t twist her nose when she gets a treat. 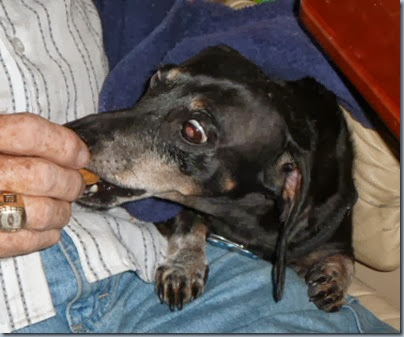