Visiting a Couple of Cemeteries

Some people visit cemeteries to do genealogy work. But that’s not what we were doing. I had read about this very interesting grave monument in the Greenlawn Cemetery. 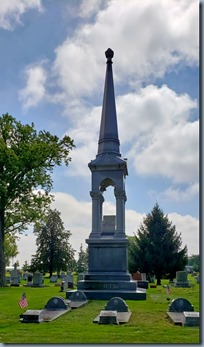 harles F. Herbst was a farmer, financier and prominent citizen who had more money than he knew what to do with, at least in my opinion. He had this monument built using granite. The builders had to obtain special permission from the County Commissioners for the construction of a temporary railroad track across the road from the Western Ohio main line to reach a point near the monument site. 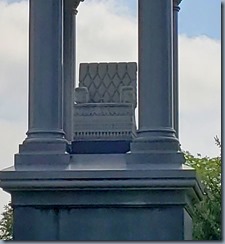 he monument is made of granite and weighs 160 tons. For whatever reason, under the canopy is a chair chiseled out of granite which appears to be finely upholstered. I tried to find something that would explain why he wanted the chair but I couldn’t find any information on it.

From this cemetery we headed to the Blackhoof monument. Blackhoof was a chief of the Shawnee. His Indian name was Catahecassa. He represented the Shawnee at the signing of the Treaty of Greenville in 1794. He worked for peace with the Americans and was a major problem for Tecumseh and the Prophet as they tried to united the Indians against the white settlers. 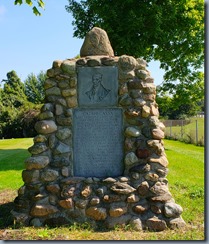 Got back to the fairgrounds and saw this person “walking” their dog. He is on a leash. 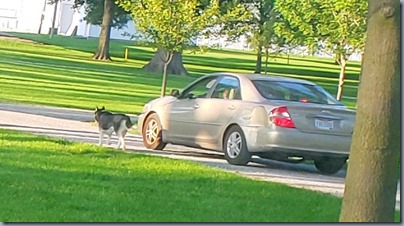