Take It Easy On The Corner

We pulled out of Apache Junction at 7:00 a.m. on June 3. Climbed up the mountain out of the valley to Payson and then continued on further north to Homolovi State Park just outside of Winslow. There are some ruins in this park but because of the heat and the fact that it required walking, we didn’t go check them out. Maybe if it was cooler.

This is a really nice campground with electric hookups. Lots of room between sites and a dump station. And since it is 100 here today, that electric hookup is a necessity. We would definitely stay here again. You can reserve a site but we got here early enough and there were several sites available. The campground does fill up by late afternoon.

That’s the Bungalow in the middle of the picture. 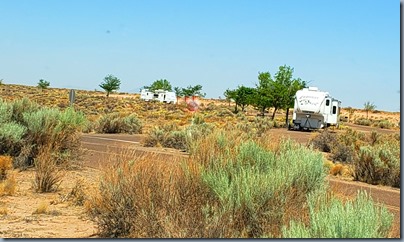 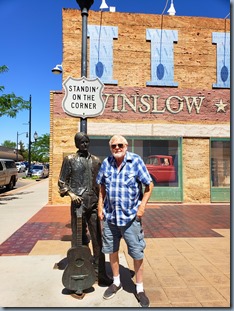 Can you believe that in the ten years that we have been coming to Arizona, we have never Stood on the Corner in Winslow. We finally crossed that one off our bucket list this morning.

Jackson Browne and Glenn Frey wrote the song “Take It Easy” which was recorded by the Eagles in 1972. the song includes the lines - "Well, I'm a standing on a corner in Winslow, Arizona and such a fine sight to see. It's a girl, my Lord, in a flatbed Ford slowin' down to take a look at me." 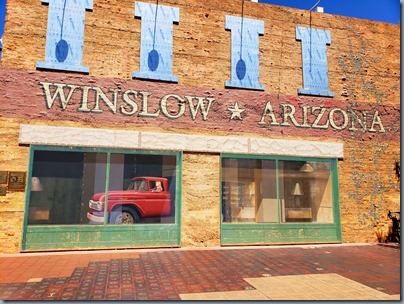 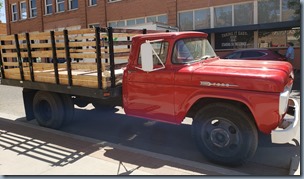 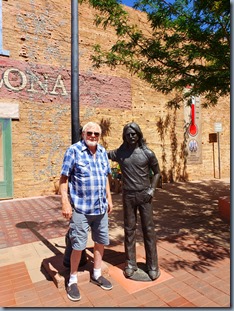 We didn’t spend a lot of time walking about because it was in the 90s and we had the old dogs with us. However, we did find a root beer float at Darrel’s Root Beer. Homemade root beer that was delicious. 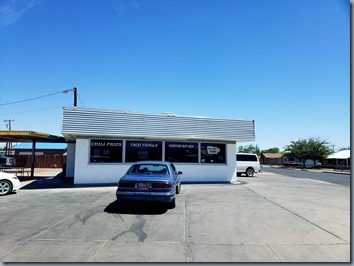 We also found a Peter Wolf Toth “Whispering Giant”. He has carved these giants in all 50 states. This one is 40 feet tall and is made out of Ponderosa Pine.

How about a cowboy in a bathtub on the roof of a building. 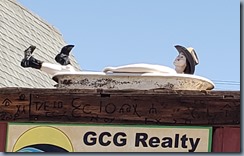 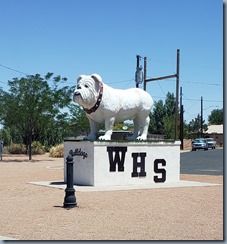 Anybody familiar with a Crosley? Jim recognized it immediately. 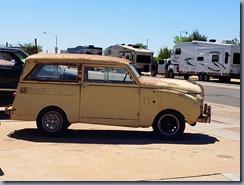 And last but not least, the sunset from our campsite. 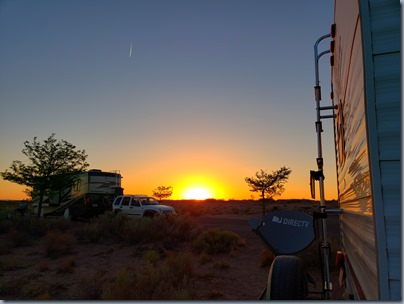