Beneath The Streets of Havre 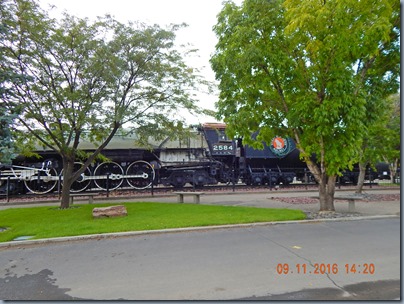 The city of Havre was built as a railroad supply depot by the Great Northern Railway. It grew overnight and was a collection of hastily built wooden buildings. The 1904 fire took out the entire town, but residents were not going to give up and they moved into the basements of their buildings and continued to run their businesses until the buildings were rebuilt above ground. This time, the buildings were built of stone to reduce the chance of fire. 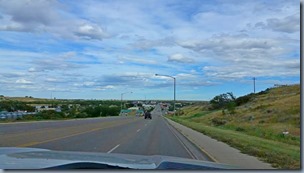 A series of tunnels was dug to connect the underground businesses. After the respectable businesses moved back above ground, the railroad decided to have their Chinese workers live in the tunnels for their own safety. The businesses they ran were a laundry, an opium den, and a bordello.

Havre now offers tours of part of the underground. We had taken this tour about 15 years ago when Todd was a teenager and we were really looking forward to visiting again.

Kathy, our tour guide, was fabulous. She was so enthusiastic and knowledgeable it was a really fun tour. It was really hard for me to pick out the pictures for the blog so there are quite a few in this post. 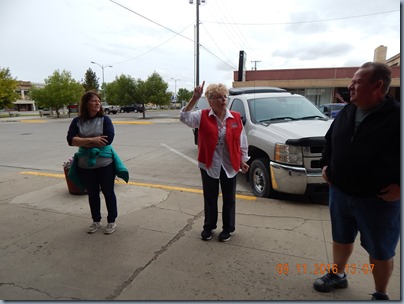 Our first stop was the automobile service company. Notice the pieces of glass in the ceiling. These are actually sky lights and were used for lighting the businesses underground. 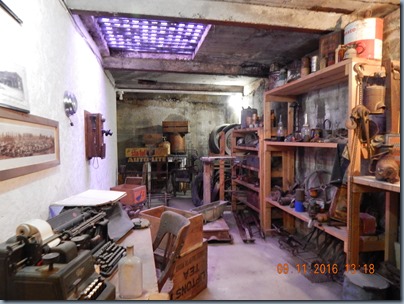 This is what the pieces of glass look like up on the sidewalk. They turned purple from the sun affecting the magnesium in the glass. 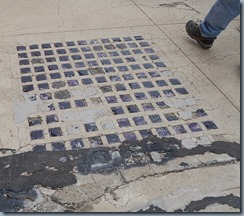 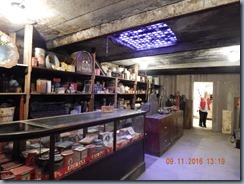 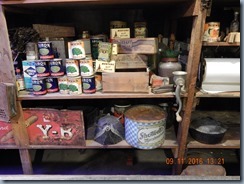 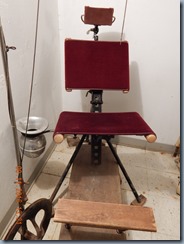 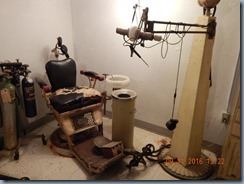 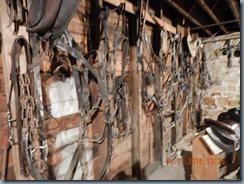 Notice the size of the bellows in the blacksmith’s store 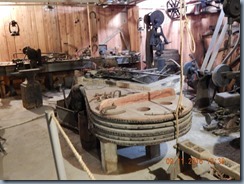 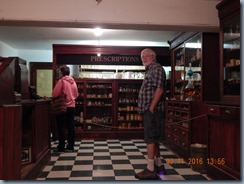 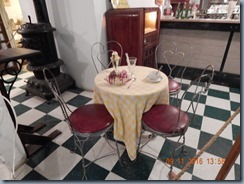 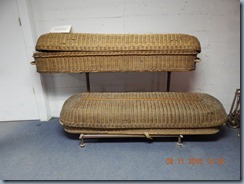 One of the best stops was Sporting Eagle Saloon 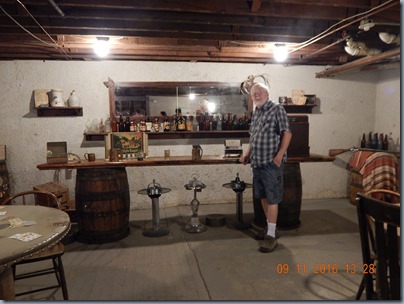 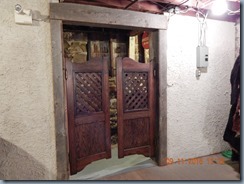 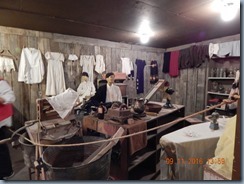 And, of course, the bordello 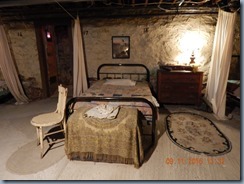 Notice the numbers on the wall – the girls were only known by number and you can see how close the “rooms” were. No privacy except for the curtain. 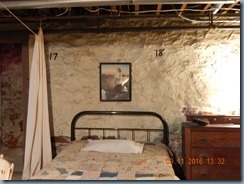 This is one of the passage ways 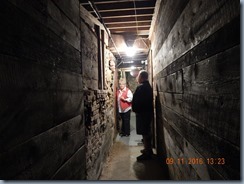 This tour was worth the stop. So glad we decided to take the time for it.

Across the street from the depot is the Hands Across the Border statue of a Royal Canadian Mounted Police and the United States Border Patrol. 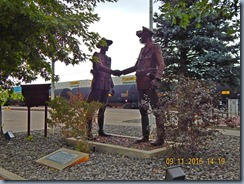