All throughout the USA are small towns that have been left behind by the passage of time. Some were bypassed by new highways, some were booming until the gold or silver ran out, others are dying a natural death of kids moving to the big city and the older folks moving to senior living arrangements.

I love exploring these small towns and learning about their history and why they existed in the first place. So I will be sharing some of their stories with you as we travel.

Toston, MT sits on the banks of the Missouri River about 10 miles south of Townsend. The town is named after Thomas Toston, their first postmaster, who also ran a ferry across the river.

The schoolhouse which is now a private residence. 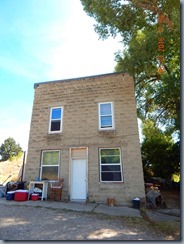 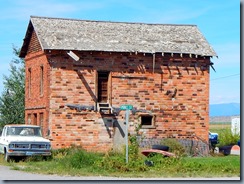 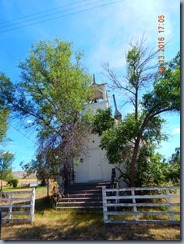 When gold-rich pyrite ore was discovered in the Elk Horn Mountains near Radersburg (another almost ghost town), a smelting plant was built in Toston which ran from 1883-1899. The Northern Pacific Railroad (which is now the Burlington Northern/Santa Fe) line runs next to Toston. The only thing left of the smelter is this sign next to the post office. 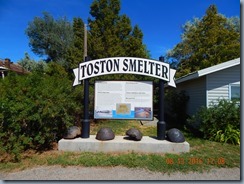 When the ore ran out Toston had a second economic boom during the homesteading era when state officials built a new steel truss bridge over the Missouri River. 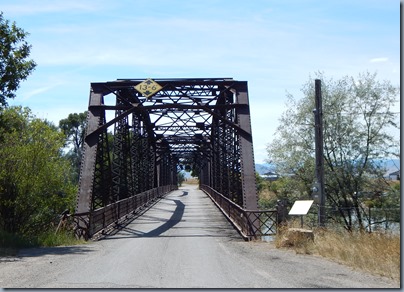 The Toston Bridge kept the town alive since its location meant that all traffic between Helena and Bozeman  passed over the bridge and through the middle of town.  In 1955 a new bypass bridge was constructed and Toston began a decline that has slowly drained away most of its population.  At the 2010 census, it had 108 residents and it looks like even fewer today.

My brother-in-law told me about hanging out at the Toston Bar many years ago. The owner had a pig who used to wander through the bar and enjoyed sharing beer with the patrons. He enjoyed a wonderful life until he died of old age. The Toston Bar no longer exists. 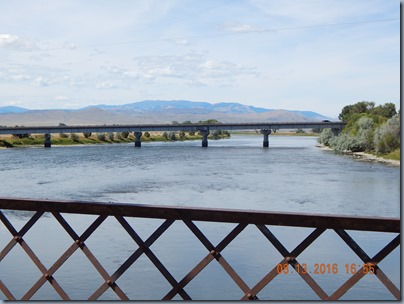 Lewis and Clark’s Corps of Discovery passed this way on their westward trek and made nine camps on the short stretch of the Missouri River between the Toston Dam and the south end of Canyon Ferry.

Yorks Islands Landing is a popular place for fishing and floating the river. 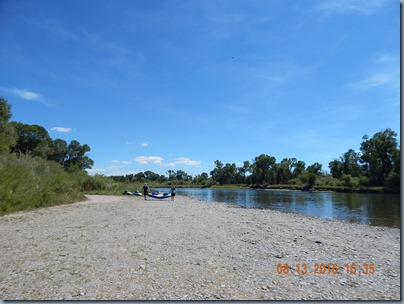 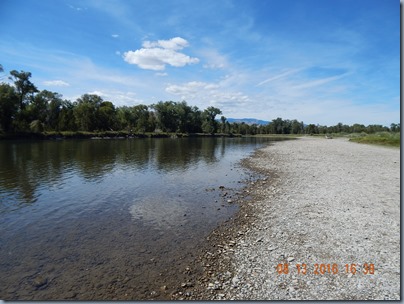 There are several small islands in the river which Lewis and Clark named Yorks 9 Islands in honor of Clark’s slave. The journals often mention York who was the first black man to travel to the Pacific Ocean and return to tell the tale.

There are small campgrounds at both Yorks Islands and the Toston Dam Recreation Area sites. 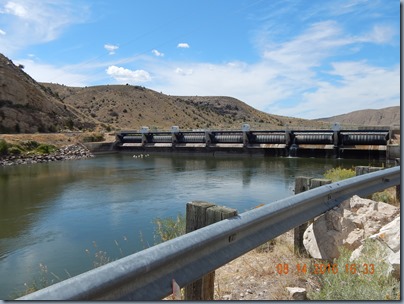 The water is definitely higher behind the dam. 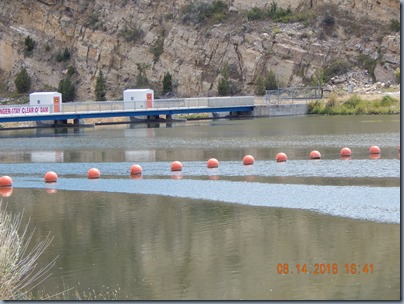 Lewis and Clark camped here on the Missouri River on July 25, 1805. The rocky cliffs on either side of the river were a landmark that the Indians had described to them when they were in North Dakota.

A train passing by the cliffs on the east side of the river. 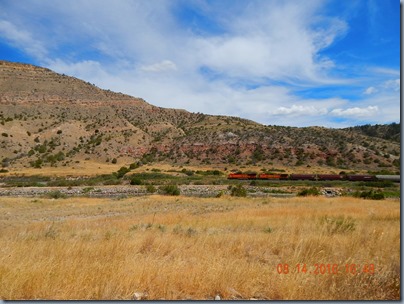 We had a lot of fun wandering around Toston and hope to find a few more places like this to share with you.